Evolution of the Feminist Movement in Pakistan

An in-depth look into the changing political and (consequently) societal frameworks of Pakistan since its creation in 1947 burgeons a discourse on how the activism against gender bias evolved during this period in the country. Philosophies and doctrines believed in by incumbent political leaders, and their implementation in domestic and global circumstances (among other variants) can have a direct relationship with the shaping of society. They can make or break (in this case, gender) norms within the societal structure through the regulation of laws and constitutional power.

Dr. Rubina Saigol, an acclaimed Pakistani feminist scholar who specializes in social development, listed five elements to have caused significant shifts in the relationship between the state and the women’s rights movement in Pakistan. These include colonialism, nationalism, dictatorship, democracy, and the Global War on Terror.

Addressing the involvement of women in the pre-partition national liberation movement, Saigol mapped out the growth of women’s representation in politics from when education for females was still a myth to dominant Muslim female figures leading campaigns and rallies against the colonial rule alongside Muslim men.

However, Saigol claims that such political and social mobilization of women in a predominantly misogynistic setup was allowed merely to add numbers to the nationalist movement. Although the movement opened gates for female activism, once it achieved its goal, the very women were left with the challenge to pursue this activism in the newly established male-dominated country.

Evolution through dictatorships and democracies

The early years of Pakistan, under the leadership of Muhammad Ali Jinnah and Liaqat Ali Khan (1947-51), were characterized by female social activists focused on welfare issues, such as the rehabilitation of refugees because that kind of work had social respectability within the traditional cultural milieu. Social and legal reforms aimed at issues concerning “polygamy, purdah, child marriage, inheritance, divorce and the right to education were also pursued openly by the female activists of that time.

After Jinnah’s demise, his secular approach in the national ideology got replaced with a religion-intensive take on political, economic, and social reforms. Women dominating the activist movements belonged to the ruling class mostly. Their appeals for progressive legislation were shunned by the clergy for being western and antithetical to religion and culture.

The dictatorial regime of Ayyub Khan (1958-69) annulled all the political parties, including those led by female representatives. Ayyub Khan’s rule manifested lesser restrictions on females in social settings as he was more liberal in women’s education, employments, teachings, medicines, and journalism.

Family Laws Ordinance (1961) gained popularity among women associations for its liberating reforms. Fatimah Jinnah stood as a contender against Ayyub Khan in the elections and helped establish the notion that women can and should seek political office.

Behbood Association (1967) and the Soroptimist Club (1967) were the organizations that actively raised voice for equal rights during this period. This particular combination of a liberal military ruler and support from the Ulema (as they were against the existing leader) proved to be a crucial determinant of the growth of female activism in this era.

Zulfiqar Ali Bhutto’s regime (1973-77) set up a democratic government which promised gender equality in terms of opportunities in different fields of life. The political campaign of Bhutto mobilized women and made amendments in the constitution of 1973, increasing their participation in political and social spheres.

APWA and female student activists played a remarkable role in integrating the depressed and downtrodden women folk in the larger social system. The developmental process of Bhutto’s government was inclusive of the welfare and uplifting of women.

The second decade-long military intervention in the country launched by Zia-ul-Haqq (1977-88) made women direct targets of a misogynist state under his purported Islamization project. Zia’s illegal coup introduced discriminatory reforms against women in educational, political, and social sectors.

Hudood Ordinance (1979) consisted of inherently misogynistic laws, the most controversial of which were those regarding Zina (illicit sexual relations). The application of one of them resulted in women being convicted of adultery/fornication if they reported a case of rape, as their report was treated as a confession. Later, in the mid-1990s, studies by various human rights groups suggested that 75 to 80 percent of all women in jails were held on charges of hudood offenses.

Before this period, female activism largely branched under the term ‘women’s movement’ in Pakistan. A decade of repressive laws and (misogynist) faith-based politics inspired a nuanced understanding of the terms ‘feminism’ and ‘intersectionality’ among female activists in the country. Farida Shaheed, a Pakistani feminist human rights activist, claims that this learning entailed the inclusivity of women from different backgrounds in the movement against gender inequality.

The reason this took a long time was that the former female figures came from privilege and enjoyed the advantages of class, urban location, education. Although Zia’s regime fundamentally created a space for laws and norms promoting gender bias against women, the collective repulsion for this bias integrated females from diverse social settings working mainly for national issues rooted in patriarchy.

The 1990s also introduced the Western concept of NGOs and foreign donors resulting from the rise of neo-liberalism after the end of the Cold War. These organizations centered on the term ‘gender’ inclusive of both males and females and served their issues.

Rubina Saigol argues how this change shifted the focus of the feminist movement from dealing with issues faced by women rooting from patriarchy to catering to the struggles of both men and women concerning gender identities.

The main problem with the NGOs was that their funding came from organizations like USAID, which prioritized gender equity. The implementation of a western norm without taking into account the societal dynamics of Pakistan further marginalized women in various fields of development.

General Musharraf, during his military takeover (1999-2008), brought in reforms influenced by his liberal ideologies. Under his rule, women gained unprecedented rights in terms of political representation in Parliament; appointments in the federal cabinet; appointments in the armed forces and public services, as well as patronage in the arts and cultural expression. NGOs also focused on women’s empowerment during this period.

After 9/11, the Global War on Terror proved to be another factor shaping the role of women in Pakistan. According to Afia Sheherbano Zia, the events following 9/11 created a deeper division between the perceived modern, liberal Pakistani woman and the talibanized, regressive, conservative one.

It is interesting to notice that the democracies and the changes in political leadership after Musharraf’s dictatorship have had lesser impacts on the feminist movement in the country. One may argue that the prior years accounted for an increased relationship between the state and the dynamics of feminism in the country. But, as female activism gained momentum, its relationship with the state evolved as well. Women’s representation in political, educational, and employment structures has remarkably improved over time.

The mobilization of women belonging to different classes through movements like Aurat March, which is openly opposed by the patriarchal society, offers hope and is a step forward in the direction of alleviation of gender inequality. Saigol, in an article published in Herald, claimed that Aurat March facilitated the radical shift of feminist politics from a focus on the public sphere to the private one – from the state and the society to home and family.

This analysis walks us through how feminism as a concept has evolved over the years in Pakistan. Initial feminism was concerned with liberation through legal reforms (especially during General Zia’s dictatorship). It was an alien concept for both men and women in most spaces, and those identifying with it belonged to the elite class mostly. The early movement was strongly associated with the dynamics of the state as it aimed at liberation through legal reforms.

Today, more women identify as feminists, and they have more freedom in voicing out their ideas through public platforms and social media. The feminist movement now prioritizes social reform and reconstructing gender norms in society, and is fragmented in its actions.

Scholars show concern over the fate of a secular feminist movement in Pakistan. They think that it can only succeed when it mirrors the makeup of the women and the society for whom it operates. Although Pakistani women have taken significant advances against the country’s patriarchal setup, the struggle is long and there are many roadblocks along the way. 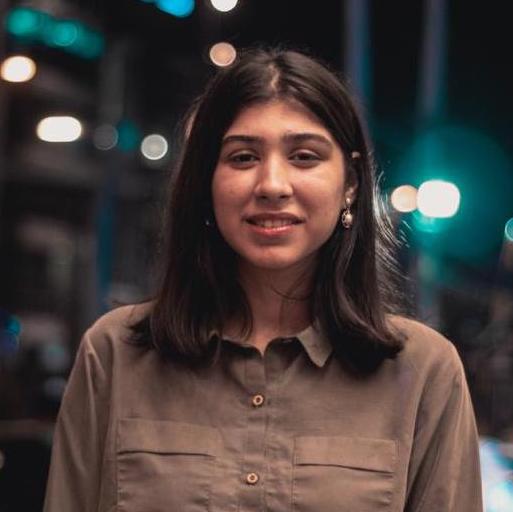 1 thought on “Evolution of the Feminist Movement in Pakistan”