Presidential power in the domain of U.S. foreign policy is too much. While the validity of global leadership in the dynamics of international relations is too little.
The U.S. flag and a glass globe, image by @rcphotostock

The Charter of the United Nations, in Article 2(4), explicitly reads that the UN and its members “shall refrain in their international relations from the threat or use of force against the territorial integrity or political independence of any state, or in any other manner inconsistent with the Purposes of the United Nations.”

Article 1 of the same Charter lays out these purposes or goals. They include, inter alia, maintaining international peace and security, developing relations based on equal rights, solving transnational problems or addressing global challenges, and respecting the “self-determination of peoples” (United Nations, 1945, p. 3).

The United States is an adamant proponent of social, economic, and political freedom and equality in the world. Despite this, history stands witness that the U.S. has time and again encouraged military coups and supported dictators in Middle Eastern and South Asian countries for its national interests (see, for example, Astuster, 2013; Byrne, 2013; Rathmell, 1996; Little, 2008, pp. 43-75).

This brings to attention an important concept in American politics, which will be the subject matter of this paper: Foreign Policy.

We identify and discuss two issues associated with the U.S. foreign policy mechanism. One is practical, the other theoretical. First, the President plays a central – and sometimes the sole – role in determining the foreign policy course of the U.S. This, we argue, goes counter to the spirit of the checks-and-balances system ingrained in the U.S. Constitution.

Second, post-World War 2, the U.S. assumed (or at least its geopolitical approach shows that it did assume) the position of a Global Leader. We contend that such a title holds little or no credibility, given the structure of international relations, in which actors strive based on their self-interest.

After WW2, the U.S. rigorously implemented foreign policies that revolved around containing the communist threat. Vast amounts of aid, financial and military, were mobilized in different parts of the world, facilitating the training of armed troops and strengthening strongholds to fight off the Soviets.

For example, when Kremlin entered Afghanistan, the U.S. delivered funds to Pakistan “to prepare for and recruit warriors” against communism (Nawaz, 2020). By the end of the war, the CIA had inserted around $3-3.30 billion for “fostering and sustaining the Afghan Mujahedin” (Hiro, 2020, p. 117).

Funding directed towards indoctrination and arms training for the Cold War would eventually lay the foundation of radical organizations, which would later become terrorist networks that exist even today. Similarly, U.S. participation in the Korean War in 1950 and its war against Vietnam a decade later – energized with the spirit to curtail communism – not only resulted in huge losses of finances, capital, and lives, but these were essentially wars that led to no successful conclusion (Patterson, 2022, p. 504).

All in all, the U.S. policies beyond its borders were arguably failing. After 9/11, given the wars in Afghanistan, Iraq and Syria, the U.S. defense spending soared even higher than “at the height of the Cold War” (Cox, 2014).

President Bush announced a new direction for national security and foreign policy in 2002 – namely, the preemptive war doctrine – when he branded Iran, Iraq and North Korea as “the axis of evil” (Patterson, 2022, 507). Before this, the U.S. assumed the “right to strike first” in the face of a threat. With the advent of the Bush Doctrine, the U.S. went one step ahead and introduced the “first-strike option before a threat was imminent” – that is, to act preemptively (Patterson, 2022, 508).

The high point of this attitude was seen in the invasion of Iraq in 2003. President Bush claimed that Iraq’s Saddam Hussein was hoarding weapons of mass destruction (WMDs) that would eventually be used “against U.S. interests” (Patterson, 2022, pg. 508). This anticipated threat – which failed to prove itself once the invasion was successful – cost hundreds of thousands of lives (different sources give different numbers – see MIT, n.d.).

Moreover, the financial cost was second to only WW2, summing up to around $1 trillion. The social, cultural, and economic destruction of Iraq and surrounding regions is another cost, repercussions of which can still be seen today. By the time war ended, the damage was already done.

The Bush Doctrine created massive ripple effects in events of the 21st century. Generally, the President of the United States, especially in the domain of foreign policy, has a significant “authority to act on their own” (Patterson, 2022, p. 366).

Since WW2, the U.S. has engaged in around 150 military actions. For most of these, the President took the sole charge, while in some, the White House twisted or hid the plans from Capitol Hill, until those plans were “operational” (pp. 366-7). For instance, Johnson and Nixon misrepresented the intelligence estimations for the Congress, to build a “falsely optimistic picture of the military situation,” whereby the Congress would keep on approving spending on the war (pp. 368).

There have been attempts to limit, such as through War Powers Act in 1973, the President’s power “to initiate or escalate military actions abroad” (Nixon Library, 2021). But since the beginning of the 21st century, the world increasingly sees the President solely leading the U.S. foreign policy stance.

Recently, for example, going on a trade war with China was initiated by Trump. One might ask, should the decision of a single individual – no matter his status – determine the foreign policy course of the U.S. and thereby set off ripple effects through the world?

The checks-and-balances system of the U.S., enforced by the spirit of constitutionalism, has overall proved to be very effective historically, except in the realm of foreign policy. Again and again, the superpower has enmeshed itself – and others – in wars that have arguably resulted in a lose-lose outcome on both sides. What’s more, the President has made many vital decisions that have led to such conflicts.

This demands, we propose, a greater check on Presidential power in relation to foreign policy, and to make the decision-making process of the White House in this regard more transparent. Something as serious as invading a country – which by itself is a contentious act – should be consulted and deliberated in the Congress, and have majority approval (say, two-thirds) from the elected officials to be passed.

Is the Position of Global Leadership Viable?

Upon analyzing the historical trends after WW2, the actions of the U.S. indicate that it has indeed acted as if it is a Global Leader, whether it has been pronounced about it or not.

This term, we believe, goes against the very structure of international relations. The underlying motive behind every country’s foreign policy is its “national interests,” leading the nation towards better protection and greater prosperity (Patterson, 2022, pg. 502). Hence, by defining a country’s relation with other countries, foreign policy is self-seeking and self-serving in its spirit. For example, the foreign policy of the U.S. will naturally be inclined towards its own security and economic interests.

Being a sovereign state – that is, having the capability to lead an independent foreign policy – puts the U.S. in a situation of suspicion when it assumes the position of a Global Leader. By definition, a Global Leader would be someone who furthers the interests of the entire world, in terms of international peace and security, transnational problems, and equal rights for all.

Thus, we spot a conflict of interest in a sovereign country acting as a Global Leader. Suppose the U.S. – or any sovereign state for that matter – is readily working to further its interests in the realm of international relations. How can it, at the same time, be impartial, non-partisan, and equal in its attitude as a world leader?

We propose that refraining from taking part, influencing, and even controlling what goes around the world, might be the attitude in line with respecting the sovereignty of other countries – which is laid down as one of the goals by the UN Charter.

Moreover, the U.S. foreign policy direction, taken after it became the sole superpower, will have to be changed or altered today, given that its unipolarity is being challenged by the rise of China and Russian aggression.

The U.S. should adopt a more dynamic and inclusive foreign policy. One that recognizes the differences in politico-economic systems in other parts of the world, and is not threatened by every nation that, in principle, runs in contrast with the Western ideals.

Nawaz, S. (2020). The Battle for Pakistan: The Bitter US Friendship and a Tough Neighbourhood. Liberty Publishing. 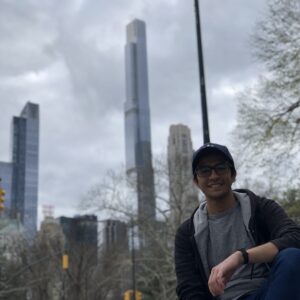 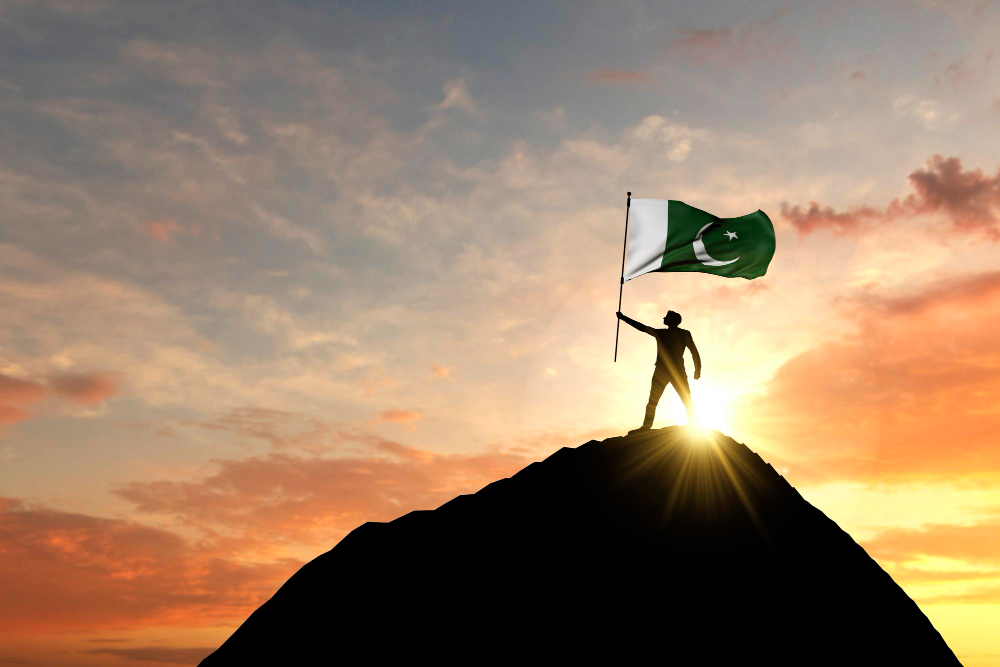 A development model proposed for Pakistan based on freedom, equality, and sustainability.